Thoughts through the years of doing a new "real-er" album album have crossed my mind, though I have only recorded one song in 2021. For fun I've decided to sneak Cherry Rounders' old stuff into my website again, I mean who cares?

It's also available for a buck on bandcamp and 12 bucks on a physical CD with a kangaroo centerfold.

The Absynthium Collective is available on Trepstar as an on-demand disc purchase. It comes in a DVD Armaray shell with a slip inside and information as well as instructions are on the back. There are the equivalent of six audio cds on this bad boy, which is 699MB in size. It is only $15 for these six albums in one as well. This is all of my experimental synthesizer stuff released 2017-2019 and recorded 2005-2019. This is it! When you order one, they make it and ship it to you. There are various different shipping options to find the right balance between low price and shipping speed. 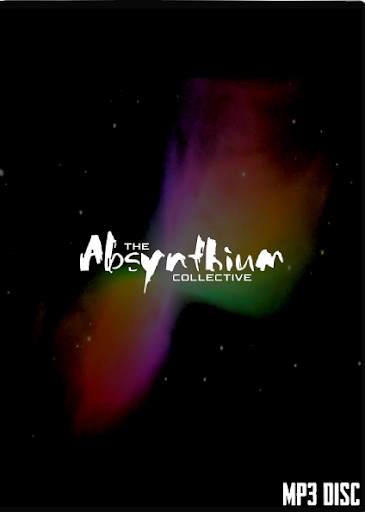 As I make music, I plan on logging in samples and process notes here. I think this will help me remember things as well, and if some people are following it at all, even one, I'll be more apt to finish.

I have three 2-disc albums planned for the rest of this year and next that I may or may not finish with other things going on like the soundtrack for Project Warlock II. The first will be a remake/remix of the first half of The Noise Diaries, Sombriety. The next will be an all new industrial attempt Blueprint of a Death Machine, part III of the Makina trilogy, this time with a ton of synth and still a lot of guitar like the second, Plugged. The third will be the second half of The Noise Diaries, entitled Maladaptive Humanoid.

The two remake albums will still feature the original songs remixed from their original sources or if those don't exist at least appended to. They will also both have a full second disc worth of material squeezed in between tracks like I did with the first Makina to make them more new.

Again, I will have samples and ideas posted here either from time to time or if I can make it my main focus during times, ALL THE TIME!

As my first post, I feel it is necessary to mention in a backdated fashion, The album "Plugged." I made this all in 20 days, and I'm pretty fond of how it turned out. You can find it on bandcamp and soon I may throw together background images for a still set for youtube, or squeeze in random stuff for background video. If you like what you hear, please feel free but not obligated to donate $4 to get it in any format bandcamp has for you. They were rendered in 320kbps MP3 but are still available in wave format if you need them for something. If you would like to use them freely in your project such as a youtube video or animation, feel free to contact me and let me know where to watch it, and give me credit.